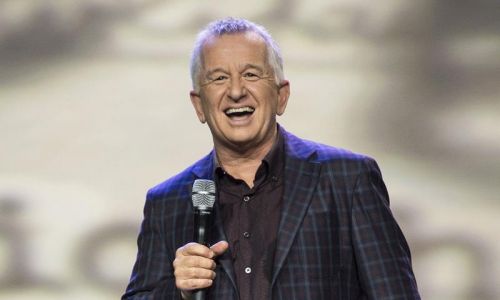 Born in 1958, Ron James is a Canadian stand-up comedian who is best known for the television series Blackfly and  Made in Canada and won two Canadian Comedy Awards for Best Stand-up (2000) and Best One Person Show for his stand-up show The Road Between My Ears in 2004. He has also won a Gemini Award as part of the writing team for This Hour Has 22 Minutes and received a Genie Award nomination for best-supporting actor in the film Something About Love. He had his own CBC Television series, The Ron James Show, from 2009 to 2014.

A book by Ron James, titled All Over the Map: Rambles and Ruminations from the Canadian Road will be published by Doubleday Canada on September 28, 2021.

James was born in Glace Bay, Nova Scotia. His family later moved to Halifax during his youth. His parent’s and sibling’s information is not available right now. He attended Acadia University, studying history and political science with the intention of becoming a history teacher.