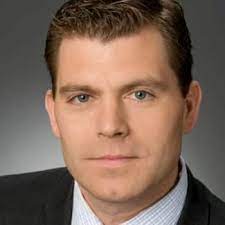 Who is Michael Santoli?

Michael Santoli is a journalist who is currently working as Senior Markets Commentator at CNBC. From 2012 to 2015, he worked as a Senior Columnist at Yahoo Finance. Before this, he served as a Columnist/Senior Editor for Barron’s magazine for around 15 years. He also worked as reporter for Dow Jones Newswires.

He was born and raised in New York, USA. His family information is not available right now. He graduated from Wesleyan University in Bachelor in Arts majoring History.

Santoli is married and living with his wife but he has never revealed his wife’s name. For more updates, follow him on Twitter & Linkedln.

As per our record, he has not revealed his date of birth and he has a net worth of around $3 million.