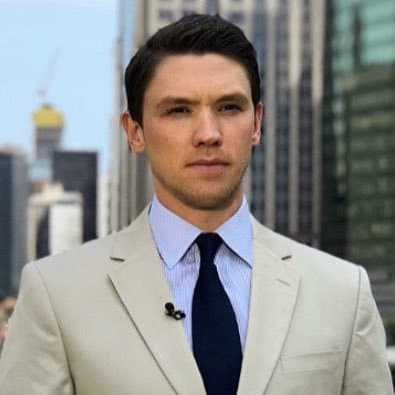 Who is Matt Finn?

Born on 24th July, Matt Finn is an engaging, award-winning broadcast journalist. He’s a national correspondent for the Fox News Channel. Before Fox, Matt was a reporter/anchor for CBS KIMA-TV in WA and a producer/reporter at NBC WBRE-TV in Wilkes-Barre, PA. The journalist grabbed huge attention for covering the death of a famous musician, Prince.

Matt has earned several awards including two from the Society of Professional Journalists in the competitive category of investigative reporting. He also recently won Chicago’s prestigious Lisagor Award for Best In-Depth Broadcast Series and was honored by Kappa Tau Alpha with the Keith P. Sanders Award for excellence and leadership in the profession.

Matt was born in the USA to a military father who served in the U.S. Navy. Other details related his parent and siblings is not available right now. Matt has a B.A. from Temple University where he was a PR reporter for the Dean at the Fox School of Business.

Matt is a gay activist, which made everyone question his sexuality. But he has never disclosed his sexuality till now.

He celebrates his birthday on 24th July every year. Matt has a net worth of around $1 million.