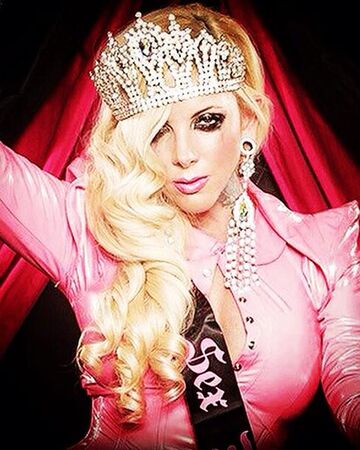 Born on December 18, 1977, Maria Brink is an American singer and songwriter who is best known as the frontwoman of the American rock band In This Moment. The band has gone on to release seven studio albums and receive four nominations, two from Alternative Press Music Awards, one from Grammy Awards, and one from Loudwire Music Awards.

Brink has been awarded “Rock Goddess of the Year” in the third (2013) and fifth (2015) Annual Loudwire Music Awards, “Hottest Chick in Metal” in 2010, one of eleven women in heavy metal who matter by Yell! Magazine in 2012, and was recognized by Revolver Magazine as one of the “25 Hottest Chicks in Hard Rock & Metal”.

Brink was born in the state of New York. Her father left the family when she was young. Brink’s mother introduced her to bands and artists such as Black Sabbath, Patti Smith, and the Rolling Stones. Brink became interested in performing at the age of 5.

Maria got pregnant at the age of 15 and had her son Davion.