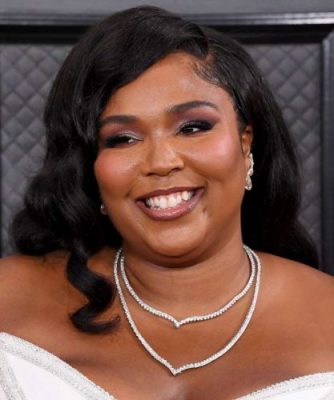 Born on April 27, 1988, Melissa Viviane Jefferson, known professionally as Lizzo, is an American singer, rapper, songwriter, actress, and flutist who is best known for her third studio album, Cuz I Love You (2019), which peaked inside the top five of the US Billboard 200.  Her 2016 single “Good as Hell” also climbed the charts, reaching the top ten of the UK Singles Chart and the Hot 100. She won the awards for Best Urban Contemporary Album, Best Pop Solo Performance for “Truth Hurts”, and Best Traditional R&B Performance for the song “Jerome”. Lizzo is also an actress and acted as a voice performer in the animated film UglyDolls (2019) and appeared in the crime comedy-drama film Hustlers (2019). In 2019, she starred in the drama Hustlers with Cardi B.

She was born in Detroit, Michigan. She graduated from Alief Elsik High School in 2006 and she studied classical music focusing on flute at the  University of Houston. At the age of 21, after the death of her father, she lived out of her car for a year as she tried to break into the music industry. She moved to Minneapolis, Minnesota, in 2011.

Lizzo is very private about her dating life and she is currently single. We don’t have enough data about her love life. For more updates, follow her on Instagram & Twitter or visit our site Celebmezzo.