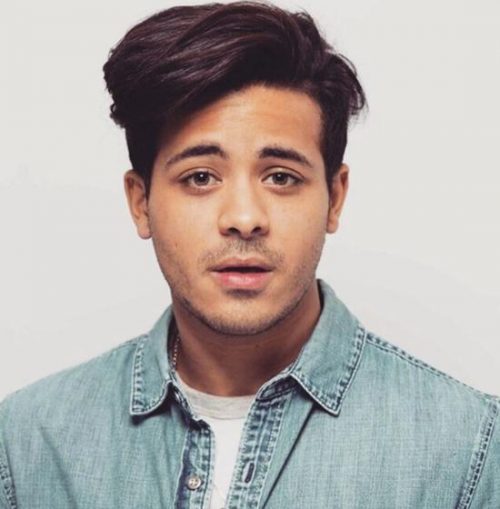 Born on  August 21, 1991, Christian Navarro is an American actor who is best known for playing Tony Padilla in the Netflix series 13 Reasons Why. He also had a recurring role in the HBO series Vinyl as he works on other movie projects such as Can You Ever Forgive Me? which was released in 2018. In 2018, the actor received the Rising Star Award at the San Diego International Film Festival.

Christian Lee Navarro was born and raised in Bronx, New York and is of Puerto Rican descent. He has a younger sister, Leeann Madisyn Navarro. He attended Rutgers University and studied Professional Performing Art.

Christian is currently dating Kassidy Ramirez since 2019. He was in a relationship with actress Shazi Raja and the couple broke up in 2017. For more updates, follow him on Instagram or visit our site Celebmezzo.

No, Christian is not gay. He is in a relationship with fellow actress Kassidy Ramirez since 2019.