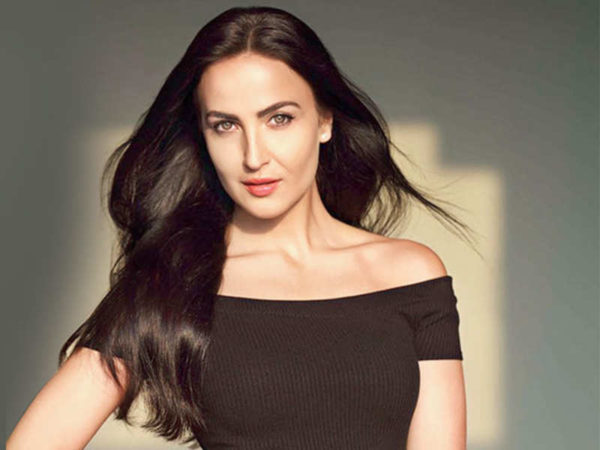 Elisabet Avramidou Granlund, known professionally as Elli AvrRam is a Swedish Greek actress and is now based in Mumbai, India. She appeared in the Hindi film Mickey Virus and participated in the Indian reality TV show Bigg Boss 7. She is known for her Bollywood movie Kis Kisko Pyaar Karoon.

Elli AvrRam was born on 29 July 1990 in Stockholm, Sweden. She grew up in Tyresö kommun, Stockholm. Her Greek father, Jannis Avramidis, is a musician who is now settled in Sweden; and her Swede mother, Maria Granlund , is an actress who had a part in Ingmar Bergman’s Fanny and Alexander. AvrRam took an interest in figure skating, singing and dancing from her initial years. AvrRam received training in acting from her mother and aunt who runs a theater in Skåne County, Sweden. AvrRam dreamt of being a Bollywood actress since her adolescence. She would go to a video store in Stockholm that used to sell Hindi movies and she would buy Bollywood films from there. She also used to watch Hindi films on YouTube.

At 17, AvrRam became a member of the Stockholm based Pardesi Dance Group, and gave dance performances, primarily on Bollywood songs. The first considerable project she managed to get was a TV commercial for Eveready Industries India with the leading Indian actor Akshay Kumar. She eventually got her first major breakthrough by bagging a lead role in Saurabh Varma’s comedy thriller film Mickey Virus. The first Swedish actress to act in Bollywood, AvrRam has been noted for looks very similar to the actress Katrina Kaif.

In 2013, AvrRam participated as a contestant on an Indian reality TV show, Bigg Boss 7, where celebrities from various walks of life live together in a large house, completely cut off from the outside world. In March 2019, she appeared in a music video called, Haaye Oye, released by Sony Music India.

There was rumored of Ellie Avram dating Hardik Pandya but the actress strongly denied it. Elli Avram is currently single, according to our records.