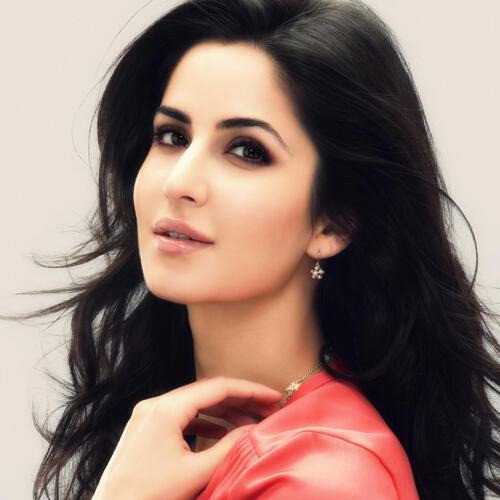 Katrina Kaif or Katrina Turquotte was born on 16 July 1983 in Hong Kong. She is an English actress who works in Hindi films. She has established herself in Bollywood and is one of India’s highest-paid actresses.

Katrina Kaif was born in Hong Kong with her mother’s surname Turquotte. According to Kaif, she then changed her surname to her father’s because she thought it would be easier to pronounce. According to the actress, her father Mohammed Kaif is a British businessman of Kashmiri descent and her mother Suzanne, is an English lawyer and charity worker. She has seven siblings: three elder sisters (Stephanie, Christine, and Natasha), three younger sisters (Melissa, Sonia, and Isabel) and an elder brother, Michael. Isabelle Kaif is also a model and actress. Kaif’s parents divorced when she was a child, and her father moved to the United States. Due to their frequent relocation, Kaif and her siblings were home-schooled by a series of tutors. While Kaif’s mother is Christian and her father is Muslim, Kaif was brought up to practise all faiths.

At the age of fourteen, Kaif won a beauty contest in Hawaii, and received her first modelling assignment in a jewellery campaign. At a fashion show in London, filmmaker Kaizad Gustad spotted Kaif and decided to cast her in Boom (2003), a critical and commercial failure. While filming in India, Kaif received modelling assignments and established a successful modelling career. However, filmmakers were hesitant to cast her due to her poor command of Hindi. After appearing in the Telugu film, Malliswari (2004), Kaif earned commercial success in Bollywood with the romantic comedies Maine Pyaar Kyun Kiya? (2005) and Namastey London (2007). She followed with a series of box-office hits, but was criticised for her acting, repetitive roles and inclination to male-dominated films. Ek Tha Tiger, Dhoom 3 and Bang Bang still rank in the list of highest-grossing Indian films, while Jab Tak Hai Jaan still rank in the list of highest-grossing Indian films in overseas markets. In 2019, Kaif once again collaborated with Khan and Ali Abbas Zafar in the drama Bharat, an adaptation of the South Korean film Ode to My Father (2014). The film became the third highest grossing Hindi film of 2019 in its opening week. Kaif will next appear in Rohit Shetty’s action film Sooryavanshi.

In addition to acting, Kaif is involved with her mother’s charity and participates in stage shows.

Although rumours of a relationship with Salman Khan first emerged in 2003, it was not until after their 2010 breakup that Kaif spoke of it, calling it her first serious relationship. The reported reason for their breakup was Kaif’s increasing closeness to Ranbir Kapoor during the filming of Ajab Prem Ki Ghazab Kahani. In August 2013, photographs of Kapoor and Kaif on holiday in Ibiza were leaked by Stardust. In February 2016, the media reported that they had broken up.

It is rumored that Bollywood diva Katrina Kaif is dating actor Vicky Kaushal.

Katrina Kaif Net Worth in 2020

As of this year, Katrina Kaif’s net worth is estimated to be around $8 million.