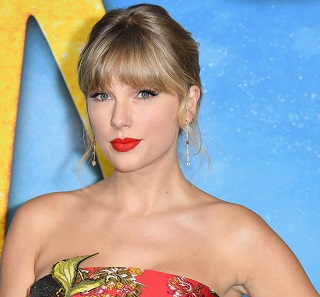 Taylor Alison Swift was born on December 13, 1989, in West Reading, Pennsylvania. She is an American singer, songwriter. Her father, Scott Kingsley Swift, was a stockbroker for Merrill Lynch. Her mother, Andrea Gardner Swift was a homemaker who had worked as a mutual fund marketing executive. She has a younger brother named Austin Kingsley Swift, who is an actor.  Swift identifies as a Christian.

She attended preschool and kindergarten at the Alvernia Montessori School, run by the Bernadine Franciscan sisters, before transferring to The Wyndcroft School. The family moved to a rented house in the suburban town of Wyomissing, Pennsylvania,  where she attended Wyomissing Area Junior/Senior High School. Swift attended Hendersonville High School but after two years transferred to the Aaron Academy, which through homeschooling could accommodate her touring schedule; she graduated a year early.

She is known for narrative songs about her personal life, which has received widespread media coverage. At age 14, Swift became the youngest artist signed by the Sony/ATV Music publishing house, and, at age 15, she signed her first record deal. Her 2006 eponymous debut album was the longest-charting album of the 2000s in the US. Its third single, “Our Song”, made her the youngest person to single-handedly write and perform a number-one song on the Billboard Hot Country Songs chart. Swift’s second album, Fearless, was released in 2008. Buoyed by the pop crossover success of the singles “Love Story” and “You Belong with Me”, it became the US’ best-selling album of 2009 and was certified diamond in the US. The album won four Grammy Awards, including Album of the Year. With her seventh album, Lover (2019), she became the first woman in US history to have six albums sell over 500,000 units in their first week.

Having sold more than 50 million albums—including 37 million in the US and 150 million singles, Swift is one of the world’s best-selling music artists and the highest-earning female musician of the 2010s.

She has won 10 Grammy Awards, an Emmy Award, six Guinness world records and is the most-awarded act and woman at the American Music Awards (29 wins) and Billboard Music Awards (23 wins), respectively. As a songwriter, Swift has been honored by the Songwriters Hall of Fame and was included in Rolling Stone‘s 100 Greatest Songwriters of All Time list in 2015. She was ranked first in the Forbes Celebrity 100 in 2016 and 2019. In 2019, Swift placed at number eight on  Billboard‘s list of greatest artists of all time and was named the Woman of the Decade by the magazine and the Artist of the Decade by the American Music Awards.

Without including the ones who have not been confirmed to have been dating her, Taylor Swift has had 9 boyfriends.

Taylor Swift and actor Joe Alwyn have been dating for more than three years, however, they’ve kept their relationship largely out of the public eye. Joe and Taylor started dating in 2017.

In 2020, Taylor Swift’s net worth is $400 million, making her one of the richest singers in the world.