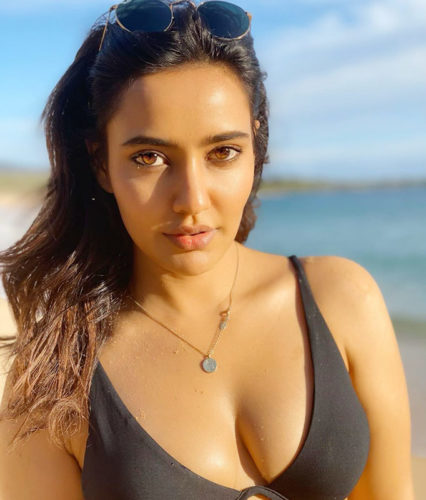 Neha Sharma  is an Indian film actress and model. A native of Bihar, Sharma attended the Mount Carmel School in Bhagalpur and pursued a course in fashion design from the National Institute of Fashion Technology (NIFT) in New Delhi.

Her father Ajeet Sharma, is a businessman turned politician and the MLA for Bhagalpur, representing the Indian National Congress party. Sharma has campaigned for her father in various elections. Sharma has three siblings. She confessed being severely asthmatic in childhood and always unwell and weak physically. She also claimed to be completely cured of  asthma  with the blessing of a family in Hyderabad.

Sharma’s first role was in the Telugu film Chirutha, released in 2007. Her first Hindi film was Mohit Suri’s Crook, released in 2010. Sharma made a cameo appearance in Kunal Kohli’s Teri Meri Kahaani. She was highly appreciated in the semi-hit Kyaa Super Kool Hai Hum.

Her personal hobbies are cooking, listening to music, reading, and dance. Sharma is trained in the Indian classical dance form called Kathak. Apart from that she has also learned street hip hop, Latin dancing-salsa, merengue, jive, and jazz from the Pineapple Dance Studios in London. She considers Kate Moss as her style inspiration. Sharma also aspires to launch her own clothing label.

Actress Neha is not married yet and is single by relationship status. Also, Neha Sharma was dating south super star Ram Charan. She was also rumored to link with Jackky  Bhagnani.

How old is Neha Sharma?

Her hobbies are cooking, listening to music, reading and dance.