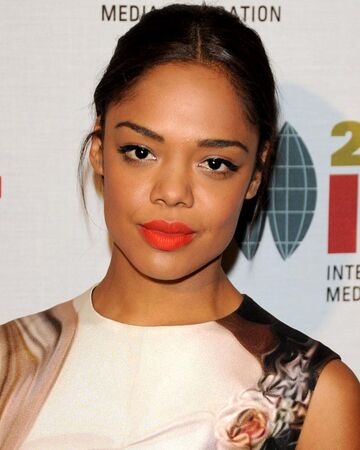 Tessa Lynne Thompson is an American actress and musician. She began her acting career with the Los Angeles Women’s Shakespeare Company while studying at Santa Monica College. She appeared in productions of The Tempest and Romeo and Juliet, the latter of which earned her a NAACP Theatre Award nomination. Her breakthrough came with a leading roles in Tina Mabry’s independent drama film Mississippi Damned (2009) and Tyler Perry’s drama film For Colored Girls (2010).

Thompson was born October 3, 1983, in Los Angeles, California. She was raised between Los Angeles and Brooklyn, New York. Her father, singer-songwriter Marc Anthony Thompson, of the musical collective Chocolate Genius, Inc., is of Afro-Panamanian  descent, while her mother is of Caucasian and Mexican ancestry. She attended Santa Monica High School where she played  Hermia in a student production of A Midsummer Night’s Dream. She then attended Santa Monica College (SMC), where she studied cultural anthropology. While at SMC, she also attended lectures by Lisa Wolpe of Los Angeles Women’s Shakespeare Company (LAWSC). Thompson has a younger half-sister, Zsela Thompson, who is a singer-songwriter.

In 2002, Thompson made her professional stage debut in as one of three actors portraying the role of Ariel in LAWSC’s production of The Tempest. In 2003, she appeared as Juliet in Romeo and Juliet. Thompson made her first television appearance in a 2005 episode of the CBS series Cold Case in the role of a lesbian bootlegger from the 1930s. Thompson’s first feature film appearance was in the 2006 remake of the horror film When a Stranger Calls playing the role of Scarlett. Thompson was next seen opposite Mary Elizabeth Winstead in the dancing film Make it Happen in 2008.

There has been much talk about Thompson’s rumoured relationship with American singer-actress Janelle Monae, but this doesn’t faze her at all. She seems to be enjoying some well-deserved time off with rumored boyfriend Devonté Hynes.

However, she has had one or two flings and relationships, here and there. Her then-relationship with Ben Crowley was heavily publicized but sadly, they called it off even before it began.

Tessa Thompson has been in a relationship with Ben Crowley.