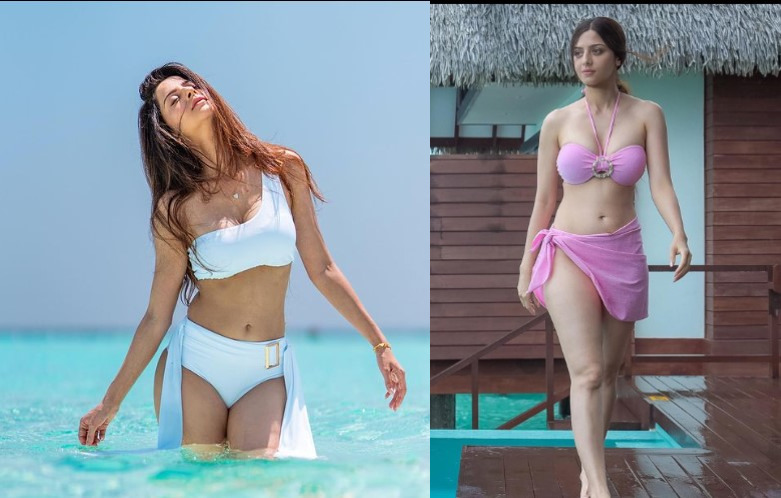 Actress Vedhika Kumar, one of the famous actresses in the South Indian film industry, has taken some time off from her busy schedule and jetted off to the Maldives. She has been teasing fans with her vacation pictures and stunning photoshoots. The actress had a gala time at the beautiful beaches and also gave her fans a glimpse into her trip. Vedhika, who made her Bollywood debut with the film ‘The Body’ alongside Emraan Hashmi, has managed to carve a niche for herself in the film industry. She has acted in numerous Tamil, Telugu, Kannada, and Malayalam films.