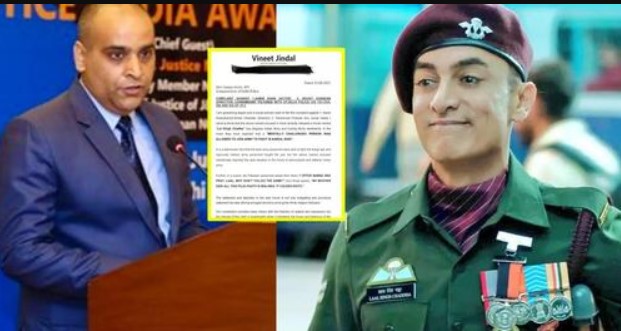 Aamir Khan has landed into legal trouble for ‘disrespecting the Indian Army’ and ‘hurting Hindu sentiments’ in his recently released movie ‘Laal Singh Chaddha.’ A Delhi-based lawyer Vineet Jindal filed a complaint against the actor to Delhi Police alleging that there was objectionable content in the film and sought registration of an FIR under relevant sections against Aamir Khan, director Advait Chandan and Paramount Pictures.

Jindal, in his complaint, said, ‘The makers have depicted that a mentally challenged person was allowed to join the Army to fight in the Kargil War. It is a well-known fact that the best army personnel were sent to fight the Kargil war but the movie makers intentionally defamed the Indian army.’ The complainant also objected to a scene that according to him has hurt religious sentiments.