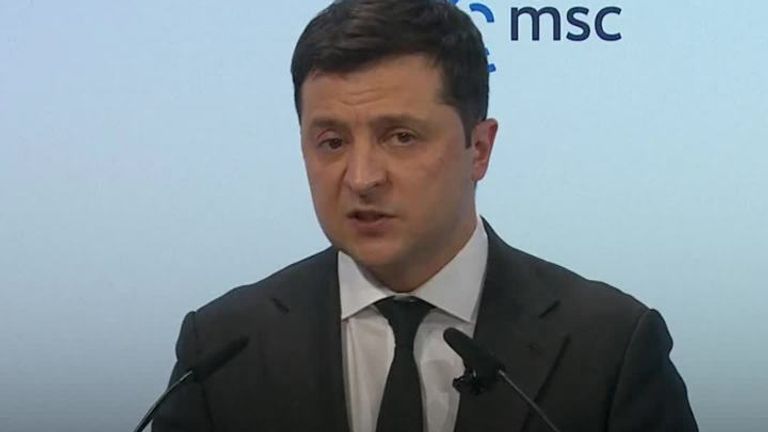 Born on born 25 January 1978, Volodymyr Zelenskyy is a Ukrainian politician, former actor, and comedian who is the sixth and current president of Ukraine. He created the production company Kvartal 95, which produces films, cartoons, and TV shows including Servant of the People, in which Zelenskyy played the role of president of Ukraine. The series aired from 2015 to 2019 and was immensely popular. A political party bearing the same name as the television show was created in March 2018 by employees of Kvartal 95.

Zelenskyy announced his candidacy for the 2019 Ukrainian presidential election on the evening of 31 December 2018 &he won the election with 73.2 percent of the vote in the second round, defeating Poroshenko. Identifying as a populist, he has positioned himself as an anti-establishment, anti-corruption figure.

Volodymyr Oleksandrovych Zelenskyy was born to Jewish parents on 25 January 1978 in Kryvyi Rih, then in the Ukrainian Soviet Socialist Republic. His father, Oleksandr Zelenskyy, is a professor and the head of the Department of Cybernetics and Computing Hardware at the Kryvyi Rih State University of Economics and Technology; his mother, Rymma Zelenska, used to work as an engineer. He earned a law degree from the Kryvyi Rih Institute of Economics, then a department of Kyiv National Economic University.

Zelenskyy married Olena Kiyashko in September 2003 with whom he had attended school. The couple’s first daughter, Oleksandra, was born in July 2004. Their son, Kyrylo, was born in January 2013.

What is the reason of fight between Ukraine and Russia?

The Russian leader claimed that military action was necessary to stop Ukrainian attacks on the two breakaway regions of Donetsk and Lugansk, which Moscow recognized as sovereign states. Last Monday, President Vladimir Putin had claimed that Russia could come under attack by the Ukrainian far-right government unless their influence in the country is diminished. He accused Western Nations of arming Kyiv against Russia.

n the morning of 24 February, Putin announced that Russia was initiating a “special military operation” in the Donbas. Russian missiles struck a number of military targets in Ukraine, and Zelenskyy declared martial law. Zelenskyy also announced that diplomatic relations with Russia were being severed, effective immediately. Later in the day, he announced a general mobilization

Zelenskyy gained worldwide recognition as the wartime leader of Ukraine during the Russian invasion; historian  Andrew Roberts compared him to Winston Churchill. He has been widely described as a national hero or a “global hero” by many commentators.