Urfi Javed’s dress inspired by the Galaxy of Dancing stars goes viral on social media, Check it out! 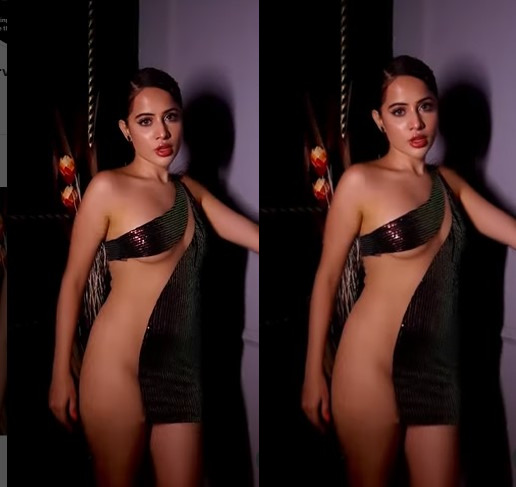 Shimmery and Glittery dresses have become the new trend of this season. And when it comes to Urfi Javed, how can we not expect her to go with the trend and experiment accordingly! This time as well, The Bigg boss OTT fame created a beautiful outfit out of glitters.

It was on Tuesday when Urfi shared a a mesmerising, viral picture of the galaxy of dancing Stars. In the caption she has mentioned on how she is planning to create her next outfit based on such beautiful dancing stars. And she has done it again!

Urfi created a body hugging glittery dress. While the base of the outfit is of skin colour and on top of that, glittery sequences are placed on it, in the form of a beautiful pattern, which looks quite astonishing on her.
She has again opted to wear a sleek bun with some shimmery beads placed on the hair. The hair accessory really complimented the outfit. Is makeup is again kept subtle while the baby pink gloss, makes her entire look more sparkly!