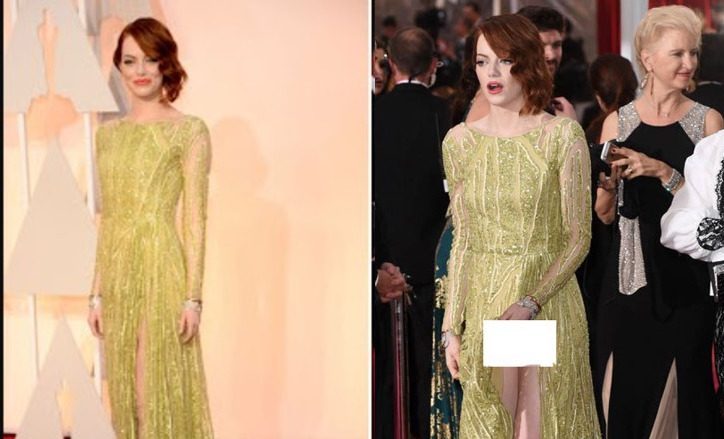 The gorgeous Emma Stone had to fathom a wardrobe malfunction at the 87th Academy Awards. A thigh-high split of her dress revealed rather too much, which was at once captured by shutterbugs and paparazzo hounding her.

The adorable actress, who was nominated for Best Supporting Actress for her performance in Birdman, accidentally revealed part of her nude-colored underwear as she lifted the front of her beautiful dress, designed by Elie Saab. Stone didn’t even seem to notice the situation, so she kept walking as if nothing had happened. However, the moment was recorded in a photograph.

See Also: Lindsay Lohan broke the silence about the video of the scandal

previousLindsay Lohan broke the silence about the video of the scandal
nextUrfi Javed’s dress inspired by the Galaxy of Dancing stars goes viral on social media, Check it out!