Uorfi Javed was spotted in Town in a bold outfit again 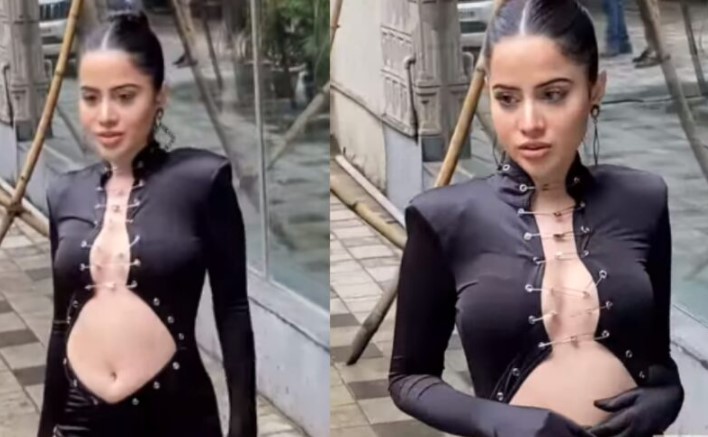 Talking about the dress, Uorfi Javed teased her assets leaving her top mid-area open and putting it together using safety pins. The dress was similar to Kylie Jenner’s black leather outfit. Uorfi looked absolutely bold and sexy in the ensemble but got slammed by comments.

Uorfi Javed continuously experiments with her looks even after getting mercilessly trolled by netizens and celebrities. She doesn’t get bothered by heavy criticism. This time also, netizens were not so pleased by Urfi Javed’s latest outfit and called her names like ‘Kylie Jenner in budget’.

The actress is popular on social media for her quirky DIY videos. From creating a top from stockings to wearing a dress made of trash – Uorfi has peaked it all in her online posts.