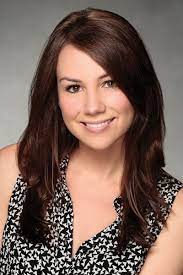 Born in 1983, Tracey Wigfield is an American comedy writer. She created, produced, and appeared in the NBC sitcom Great News. She also developed the Peacock teen sitcom Saved By The Bell, a revival of the original series of the same name created by Sam Bobrick.

Wigfield and Tina Fey did much of the writing for the series finale of 30 Rock and the two went on to win the Primetime Emmy Award for Outstanding Writing for a Comedy Series for the episode, which aired on January 31, 2013.

She was born and raised in Wayne, New Jersey to Kathy Wigfield and Dave Wigfield. She has a sister, Ashley Wigfield. She attended the all-girls Immaculate Heart Academy and graduated from Boston College, a Catholic university founded by the Jesuits, 2005, where she majored in theater and English. She was raised Roman Catholic.

Wigfield married comedy writer Adam Countee on May 21, 2016. They have a daughter named Celine, born December 29, 2017, and a daughter named Beatrice, born February 28, 2020. For more updates, follow her on Twitter & Instagram.