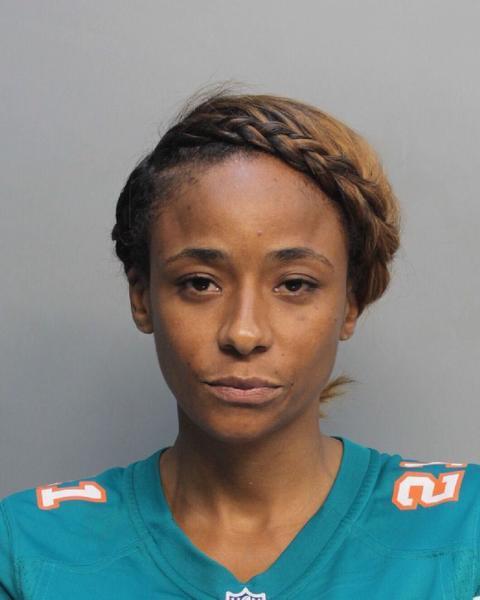 Who is Miko Grimes?

Born on June 21, 1975, Miko Grimes is a former professional basketball player and an outspoken critic of the NFL who is popularly known as the wife of NFL player, Brent Grimes. She’s made a name for herself by being outspoken about the NFL, the Miami Dolphins (her husband’s old team), and the media. She also gained further attention for her controversial tweets.

Grimes was born Tamiko Grimes in St. Louis, Missouri. When she was young, her mother moved to LA to pursue her career in cooking. Grimes used to help her mother in cooking but was always fascinated with sports. She earned a degree in kinesiology and nutritional science from California State University.

After her mother suffered from lupus and diabetes, she decided to develop her second career. Grimes then moved to Atlanta to pursue a career in journalism. She had zero experience in journalism so, she studied journalism and earned a degree from CGB (Complete Game Broadcasting) in Atlanta.

Grimes married Brent Grimes in 2010, a professional American football cornerback who is currently playing for the Tampa Bay Buccaneers of the NFL. The couple has a son, Aiden Grimes, born in 2010.

Grimes is active on Twitter and often tweets about various topics. She mostly uses the phrase ”Jew buddies” due to which she was accused of Anti-Semitism. Back in 2015, St. Louis, Missouri native received criticism for bashing Ryan Tannehill, Brent’s then-teammate at Miami Dolphins.