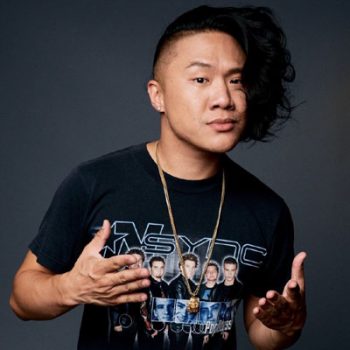 Born on March 6, 1986, Timothy DeLaGhetto is an American rapper, comedian, actor, and internet personality who is best known as a founding cast member on the revived version of the improv comedy show Wild ‘N Out (2013–2018, 2020) and also known as the co-host of the food-based web shows Basic to Bougie on MTV, and Send Foodz on Thrillist. He makes and acts on comedy videos that are uploaded to his YouTube channel.

Tim Chantarangsu was born in Billings, Montana to parents of  Thai heritage. He was raised in Long Beach, California until the age of nine before moving to Paramount, California, where his parents opened the Thai Smile restaurant. He attended Paramount High School and went on to attend California State University, Long Beach but dropped out in order to pursue an entertainment career.

Tim married to his longtime girlfriend Chia Habte in 2018.