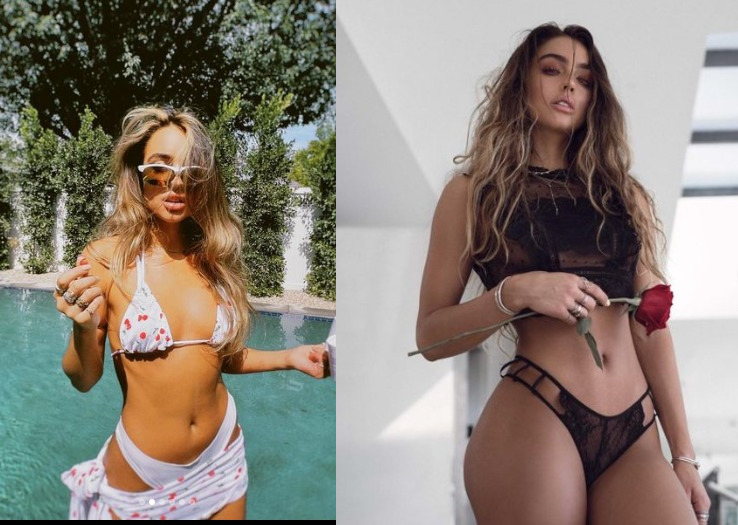 Who is Sommer Ray?

Born on September 15, 1996, Sommer Ray is an American Internet celebrity, Instagram model, and a Youtuber, who gained popularity on the web after exposing her attractive body to a massive audience. She has won several bodybuilding and fitness competitions and has amassed a massive online fan following. She is part of ‘Clout Gang,’ a group of popular “YouTubers.”

In 2016, Sommer was named the “Lovely Lady of the Day” by ‘Sports Illustrated.’ Sommer later shifted her focus and decided to become a bikini model. Her diet and her workout routine were completely altered. Sommer was advised to consume more lean proteins, green vegetables, and fruits. She was also required to cut her intake of calories. Her workout routine was more focused on her lower body.  She also posts other entertaining content, such as music videos, challenges, and pranks. Some of her most popular videos on the channel are ‘Q&A with Sommer Ray,’ ‘Life of Sommer Ray,’ ‘God Church Music Video | BEHIND THE SCENES,’ ‘Getting ready with Sommer Ray!,’ ‘Touch My Body Challenge w/ Alissa Violet,’ and ‘PICKING UP MY NEW CAR.’ The channel has earned over a million subscribers. She has also appeared in the ‘MTV’ sketch comedy series ‘Wild ‘N Out.’ Sommer also owns a merchandise line that she trades on her personal shopping site.

Sommer was born in Denver, CO, USA. She posted a tribute photo to her father, a competitive bodybuilder, on her Instagram account in June 2015. Her mother is a fellow Instagram star, Shannon Ray. She has siblings named Savana, Skylyn, and Bronson.

Sommer dated rapper Machine Gun Kelly in 2020. She also dated fellow social media star Tayler Holder. Sommer was rumored to be in a relationship with “YouTuber” Bryan Le, better known as “RiceGum.” However, they were later accused of faking the relationship to gain viewership for their channel and ‘Clout Gang.’ Sommer has also dated model and former ‘The Young and the Restless actor Max Ehrich. The affair reportedly began in August 2017. The rumor surfaced when they began appearing together in public.