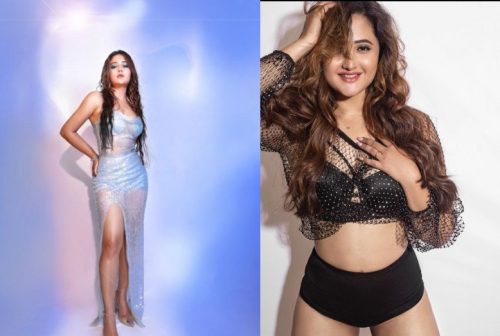 Who is Rashmi Desai?

Born on 13 February 1986, Rashami Desai is an Indian actress and dancer, best known for portraying grey characters across Indian Television, she is the recipient of several accolades including two Indian Television Academy Awards, and has established herself as one of the most popular television actresses.

After starting her acting career in Indian films, Desai made her Hindi television debut with Ravan (2006) followed by a double role in Pari Hoon Main (2008). She became a household name with her most notable performance as Tapasya Thakur in Colors TV’s one of the longest-running soap opera Uttaran (2009-2014), winning immense praise and various awards and nominations for the same, and was later appreciated for her acting in the love triangle Dil Se Dil Tak (2017-2018) as Shorvari Parth Bhanushali. In 2020, she starred as Nayantara/Shalaka in the supernatural thriller Naagin 4 and made her OTT debut with the short film Tamas. In 2021, Desai made her web debut with Tandoor. On the non-fictional front, Desai took part in the reality shows like Zara Nachke Dikha 2 (2010), Jhalak Dikhhla Jaa 5 (2012), Fear Factor: Khatron Ke Khiladi 6 (2015) Nach Baliye 7 (2015), Bigg Boss 13 (2019-2020) and Bigg Boss 15 (2021-2022). Desai also ventured into stand-up comedy with reality shows like Comedy Circus Mahasangram (2010), Comedy Ka Maha Muqabala (2011), Kahaani Comedy Circus Ki (2012), and Comedy Nights Live (2016).

Rashami Desai was born in Nagaon town of Assam to Rasila Ajay Desai and Ajay Desai. She is a Gujarati by origin. She has a brother, Gaurav Desai. Desai was born and brought to Mumbai and did her schooling and undergraduate there. Rashami pursued a diploma in Tours and Travels from Narsee Monjee College of Commerce and Economics, Mumbai.

She married her co-star from Uttaran, Nandish Sandhu, on 12 February 2011 in Ghaziabad. In 2014, they separated, and in 2015, the couple filed for divorce after almost four years of marriage.

In 2018, Desai met Arhaan Khan, and they both participated in Bigg Boss 13 in 2019, where Arhaan proposed to Desai, and Desai accepted the proposal. Later, it was revealed by Salman Khan that Arhaan was married before and had a kid which he had kept secret from Desai. In 2020, after coming out from the Bigg Boss house, Desai broke up with Arhaan.

Read Also: Rashami Desai trolled for sharing a fitness video, Check it out!