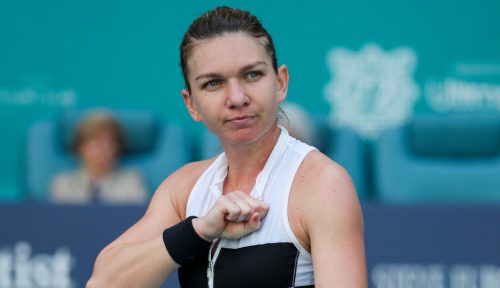 Born on 27 September 1991, Simona Halep is a Romanian professional tennis player who rose to fame when she ranked world No. 1 in singles twice between 2017 and 2019, for a total of 64 weeks, which ranks tenth in the history of the Women’s Tennis Association (WTA) rankings. She has finished each year ranked no lower than No. 4 since 2014 and has the longest active streak of being ranked in the top 10. She has won 22 WTA singles titles and has finished runner-up 17 times. Halep has won two Grand Slam singles titles: the 2018 French Open and the 2019 Wimbledon Championships.

Simona was born in Constanța, Romania to Stere and Tania Halep, who are of Aromanian descent. She has a brother Nicolae. When Halep was four years old, she started playing tennis after attending one of her brother’s training sessions. Although she focused on tennis, she also played football and handball while growing up. As a teenager, she was partly sponsored by Corneliu Idu, the owner of the leading tennis club in Constanța.

The tennis star Simona has been dating a Billionaire businessman named Toni Iuruc. They fell in love through their tennis connection and as they both belong from Romania. For more updates, follow her on Twitter, YouTube & Instagram.