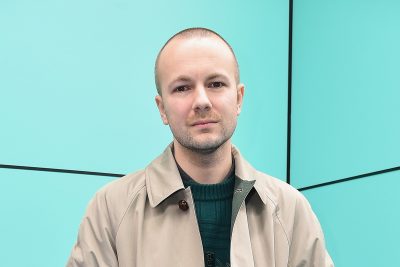 Who is Gosha Rubchinskiy?

Born on 29 June 1984, Gosha Rubchinskiy  is a Russian fashion designer and photographer and the founder of his eponymous brand (ГОША РУБЧИНСКИЙ). Rubchinskiy takes inspiration from the fall of the Iron Curtain, Russian street and youth culture, and his experiences to create his collections, pushing Russian iconography, both past, and present, onto the world stage through his runway shows and his imagery.

He was born and raised in Moscow in 1984, and later attended the Moscow College of Technology and Design. He wanted to work in fashion at a young age, and in college began hairdressing and makeup, which put him in the fashion circles of Russia.