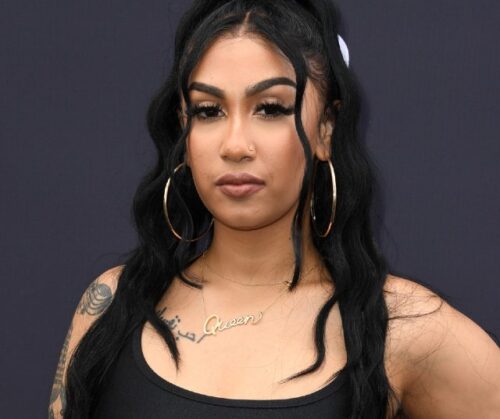 Born on October 17, 1995, Queen Naija Bulls is an American singer, songwriter, and Youtuber. Her self-released song “Medicine” was No. 45 debut on the Billboard Hot 100 for the week. In June 2018, she released her second single, “Karma“, and its release day, the song reached #1 overall on the iTunes charts.

She is also known as Queen Bulls, was a contestant on the eighth season of American Idol where she advanced into the Hollywood round but was cut when the top 30 were chosen.  Afterward, she went back to working as a security guard. She then continued on building her YouTube career. She began her career as a YouTuber in 2015 alongside her ex-husband Christopher Sails in Detroit, Michigan. In December 2017, the couple officially separated and the channel, which held over 2.3 million subscribers, was given to Sails by Queen Naija, he renamed it to “Chris Sails“.

On April 4, 2017, she created her own YouTube channel named “Queen Naija” and Within a year, her solo channel had surpassed the old channel and has 4.59 million subscribers as of 2020.

Queen Naija was born in Ypsilanti, Michigan, U.S. She has described her ethnicity as a mix of “Black, Arab & Italian”.  Her mother is African-American and Italian, and her father is originally from Yemen. Her younger siblings, Tina and Terrell, run the joint YouTube channel, Tina & Terrell.

She started dating Clarence White in 2018 and they welcomed a son named Legend in January 2019.