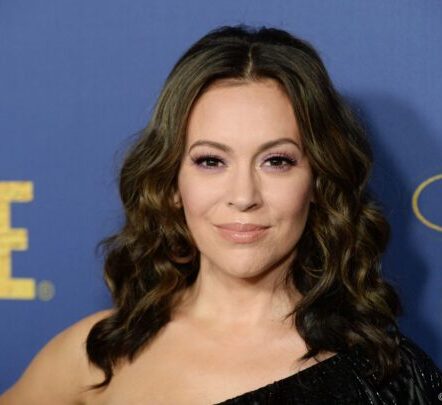 Born on December 19, 1972, Alyssa Jayne Milano is an American actress, activist, producer, and singer who is known for her roles as Samantha Micelli in Who’s the Boss?, Charmed, My Name is Earl,  Mistresses, Wet Hot American Summer: 10 Years Later, and  Insatiable.

In August 1984, Milano made her film debut in the coming-of-age drama Old Enough which was screened at the Sundance Film Festival and won First Prize.

Milano was born in Bensonhurst, Brooklyn, the daughter of fashion designer and talent manager Lin Milano and film-music editor Thomas M. Milano. She has a brother, Cory. She was raised Roman Catholic.

Milano was involved with actor Corey Haim from 1987 to 1990. In 1993, she became engaged to actor Scott Wolf, but they broke off their engagement the following year. On January 1, 1999, Milano married singer Cinjun Tate and divorced on December 1, 1999. She dated her Charmed co-star, Brian Krause from 2001 and 2003.

She was engaged to Creative Artists Agency agent David Bugliari in December 2008 after dating for 1 year and got married on August 15, 2009. Milano and Bugliari have a son, born in August 2011, and a daughter, born in September 2014.