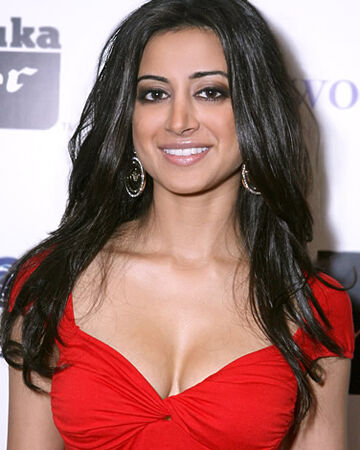 Who is Noureen DeWulf ?

Noureen Ahmed, known professionally as Noureen DeWulf  is an American actress who starred as Lacey in Anger Management. She is best known for her roles in films such as West Bank Story, Ghosts of Girlfriends Past, and The Back-up Plan.

DeWulf was born on February 28, 1984 in Noureen Ahmed in New York City to Gujarati Indian parents from Pune, India, and grew up in Stone Mountain, Georgia. She was raised Muslim. She has two sisters. Her older sister, Aziza, teaches law at  Northeastern University in Boston. Her younger sister, Sara, practices law in San Francisco. DeWulf attended Boston University’s School for the Arts and studied international relations and theatre. After graduation, she relocated to Los Angeles to pursue a career in acting. She is fluent in Hindi, Urdu, and Gujarati.

DeWulf began her acting career in the Academy Award-winning short film West Bank Story, where she played the lead role of Fatima, a singing and dancing Palestinian cashier who falls in love with an Israeli soldier. She has been working in comedic television series and films ever since.  In 2014, DeWulf was ranked #93 in Maxim magazine’s “Hot 100” for the second time (the first time being 2007) as one of the most desirable women on the planet according to the magazine’s readers.

In March 2015, DeWulf joined the cast of reality show Hockey Wives, chronicling her life with husband Ryan Miller, a goaltender in the NHL

In June 2000, she married avant-garde artist James DeWulf. During their marriage, Noureen began using James’ surname as her stage name. They divorced January 2010, after ten years of marriage.