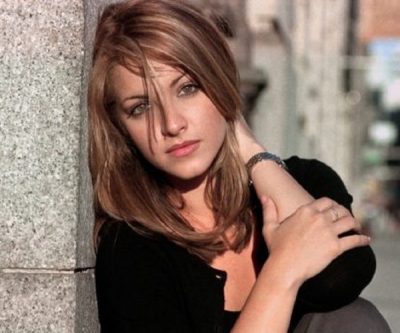 Born on April 18, 1974, Millie Corretjer is a Puerto Rican singer and actress. She is the granddaughter of influential poet and one-time Secretary-General of the pro-independence Puerto Rican Nationalist Party, Juan Antonio Corretjer.

In 1995, she released the album Sola (“Alone“), which sent three of her songs to the Billboard lists. The album featured Spanish versions of Selena songs, “Where Did the Feeling Go?”, which was called “Donde te has ido amor”, and “Only Love”, called “Solo tu”, and received a nomination for a Lo Nuestro Award for Best New Artist. Her third album, 1999’s Amar es un Juego, earned her a gold album in Puerto Rico; her song “De Hoy en Adelante” (“From Today On“) ranked number one on the Billboard charts for more than six weeks.