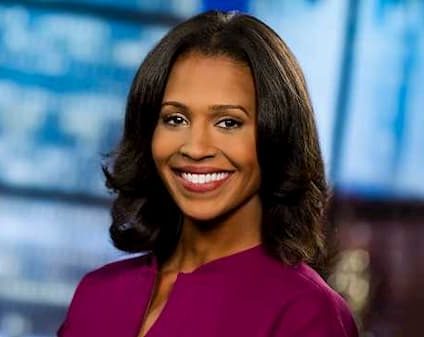 Who is Shayna Seymour ?

Shayna has been nominated for several local Emmy Awards and was awarded an Emmy in both 2019 and 2020 in the Best Program-Host/Moderator/Correspondent category for her work on Chronicle. In addition, she won Emmy’s in 2015 and 2018 as co-host of WCVB’s telecast of the annual “Holiday Lights” event, Boston’s official tree lighting. As co-anchor of Chronicle, Shayna reports on a wide range of human interest, lifestyle, entertainment, and arts stories throughout New England and beyond. She has had the opportunity to interview many celebrities including Oprah Winfrey, Ellen DeGeneres, and Ginger Zee. Shayna was also the host of “Boston Idol,” a special Chronicle episode that featured several local American Idol hopefuls when the iconic show made its debut on ABC.

Born in Amherst, Massachusetts to Harry N. Seymour and Charlena Seymour. Shayna received a Bachelor of Arts degree in Sociology from Spelman College and a Master of Science degree in Broadcast Journalism from Syracuse University.

Shayna married Stephen in August 2007 and has a son, Blake, and daughter, Paige Jeannette Carr. She currently resides outside of Boston with her husband and two children. For more updates, follow her on Twitter.