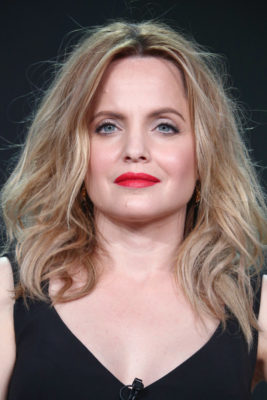 Mena Alexandra Suvari is an American actress, fashion designer, and model. After beginning her career as a model and guest-starring in several television series, she made her film debut in the drama Nowhere (1997).

Suvari was born in Newport, Rhode Island on February 13, 1979, the daughter of nurse Candice Suvari and psychiatrist Ando Suvari. She has three older brothers: AJ, Sulev, and Jüri. The family later relocated to Charleston, South Carolina, where her brothers attended The Citadel. Suvari was considering becoming an archaeologist, astronaut, or doctor when a modeling agency stopped by her all-girls school, Ashley Hall, to offer classes. By the time she started acting, she had been modeling for the New York-based Wilhelmina agency for five years. Suvari relocated to California and attended Providence High School  in  Burbank, graduating in 1997.

Suvari began acting with guest appearances in television series such as Boy Meets World and ER at the ages of 15 and 16, respectively. Her breakthrough came in 1999 with significant roles in two highly successful films —the teen sex comedy  American Pie and the drama American Beauty.

Suvari rose to international prominence for her roles in the 1999 film American Beauty, for which she received a BAFTA Award  nomination for Best Supporting Actress, and in three of the American Pie original films (1999–2001, 2012).

Suvari married German-born cinematographer Robert Brinkmann on March 4, 2000. Brinkmann was 17 years her senior. On April 24, 2005, she filed for legal separation, citing irreconcilable differences; the divorce was finalized in May 2005. In 2007, Suvari began dating Italian Canadian concert promoter Simone Sestito, whom she met at the 2007. Suvari and Sestito became engaged in July 2008 and they were married on June 26, 2010.  The divorce was finalized in October 2012.