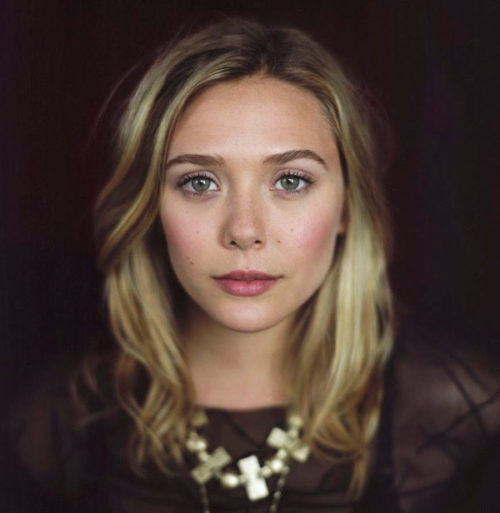 Elizabeth Chase Olsen is an American actress. Her breakthrough came in 2011 when she starred in the independent thriller drama Martha Marcy May Marlene, for which she was nominated for the Critics’ Choice Movie Award for Best Actress and Independent Spirit Award for Best Female Lead, among other awards.

Olsen was born in 1989 in Sherman Oaks, California, to Jarnette “Jarnie”, a personal manager, and David “Dave” Olsen, a real estate developer and mortgage banker. She is the younger sister of twins Mary-Kate and Ashley Olsen, who became noted at an early age as TV and film stars. Olsen also has an older brother, Trent, and two younger half-siblings. In 1996, her parents divorced.  After graduation, Olsen enrolled at New York University’s Tisch School of the Arts. In 2009, Olsen spent a semester studying in Moscow at the Moscow Art Theatre School through the MATS program at the Eugene O’Neill Theater Center.

Olsen began acting when she was four years old and co-starred in six of Mary-Kate and Ashley’s productions. She nearly quit acting in 2004 due to the media frenzy related to Mary-Kate’s eating disorder. Olsen’s breakout role came in 2011, in the film Martha Marcy May Marlene.

As of 2020,  Avengers actress Elizabeth Olsen is estimated to have a net worth of $9 million.