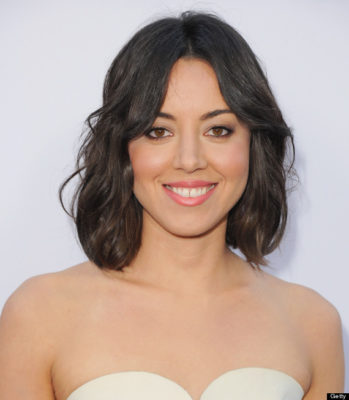 Aubrey Christina Plaza  is an American comedian and actress. She is best known for portraying April Ludgate on the NBC sitcom Parks and Recreation. After appearing in supporting roles in several films, Plaza had her first leading role in the 2012 comedy Safety Not Guaranteed.

Plaza was born on June 26, 1984 in Wilmington, Delaware, to Bernadette, an attorney, and David Plaza, a financial advisor. She has two younger sisters, Renee and Natalie. Plaza graduated from Ursuline Academy, an all-girls Catholic school, in 2002. She studied film at New York University‘s Tisch School of the Arts, graduating in 2006.

Plaza began her career as an intern. After performing improv and sketch comedy at the Upright Citizens Brigade Theater, she appeared in the web series The Jeannie Tate Show. She later appeared in films such as Funny People, 10 Years, and Scott Pilgrim vs. the World. n February 2020, Plaza starred alongside Bill Murray in a short parody of Robert Eggers’ The Lighthouse in order to promote the upcoming Independent Spirit Awards.

Plaza dated actor John Gallagher Jr. when they were both 15 years old. Plaza has been in a long-term relationship with writer and director Jeff Baena since 2011. They live together in Los Angeles, California, and work together often.  She is Bisexual.

How old is Aubrey Plaza ?