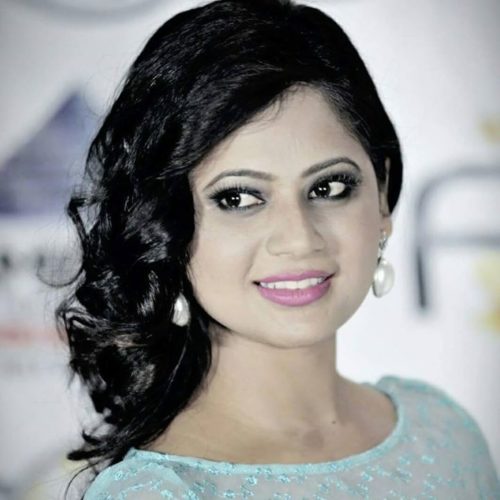 Keki Adhikari  is a Nepalese actress  and a professional model. She has appeared in numerous music videos, television commercials, print ads and more than a dozen of Nepali movies. She started off her career featuring in several music videos before making it into the silver screen.

Keki Adhikari is born in 7 May 1988 in Jorpati, Kathmandu, Nepal to father director Badri Adhikari and mother Laxmi adhikari. She has one brother ‘ Bimba Adhikari’. She has graduated with an MBA degree in Human Resources Management from KFA Business School & IT in Mid Baneshwor, Kathmandu in 2016. She had done her bachelors in business in 2013 from Tribhuvan University. Keki did her schooling from Bal Sirjanalaya School in Kathmandu. She did her plus-two from Whitehouse College. She did her Bachelor in Information Management (BIM) from Prime College.

She made her acting debut with Swor opposite Raj Ballav Koirala. She subsequently earned wide recognition for her performances in I Am Sorry and Masan,  Mayako Barima, Mahasus, Biteka Pal  and Mero Best Friend. She recently made her debut in theater with historical play Chaarumati, written by writer and a researcher Satyamohan Joshi.

Keki teamed up with Dayahang Rai in Ghampani in 2017, which became a commercial and critical hit.

Actress Adhikari has estimated around 2 crore Net worth.

Keki Adhikari is unmarried and single now. She did not reveal any information about her affair and relationship.