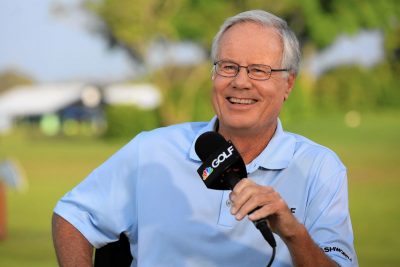 Who is Mark Rolfing?

Born in 1950, Mark Rolfing is a television golf commentator and a resort marketing director. Rolfing played professional golf in 1973 and 1974, after playing college golf at DePauw University in Indiana. At DePauw, he joined the Delta Kappa Epsilon fraternity.

Born in Evanston, Illinois, and raised in DeKalb, Rolfing is a Chicago Sports Enthusiast. He graduated from DePauw University in Greencastle, IN in 1971 and earned a Master’s Degree from Northern Illinois University in 1973.

Mark has resided at Kapalua on the island of Maui with his wife Debi for 42 years.