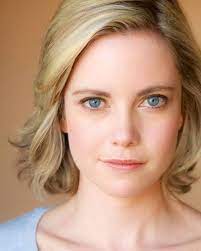 Lily Holleman is an American actress who is best known for starring in television series such as Tracey Ullman’s State of the Union, Shameless and NCIS: New Orleans, and in films such as Tenure, How I Got Lost, and @urFRENZ.

Lily was born and raised in Washington, USA. Her family information is not available right now. Lily has graduated from National Cathedral School. She later attended Washington and Lee University from where she received a degree in Art History. She also won the John Graham Award in Fine Arts from the university.