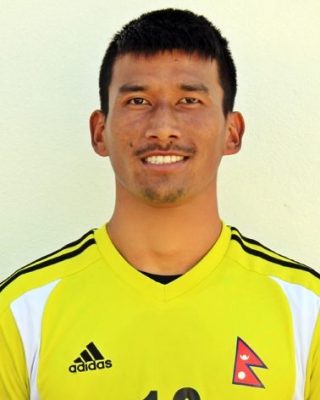 He joined the Machhindra Football Club. After spending one year at the club Chemjong’s impressive performances earned him a move to the Three Star Club in 2007. He has won British Gurkha Cup and Aaha Gold Cup Football Tournament. After being the best goalkeeper of South Asia of the time, Kiran was offered by TC Sports Club in January 2017. He played his first game for TC Sports Club in February 2017 and showed impressive performance, helping the club to win the match by 1-0. He is currently a free agent.

He is currently considered the first-choice goalkeeper in Nepal. He has a height advantage over more senior keepers like Bikash Malla and Ritesh Thapa. Chemjong played their debut match for Nepal in the 2008 AFC Challenge Cup qualifiers held in Phnom Penh, Cambodia, although he broke his jaw in the match.  He debuted at the home ground against Afghanistan.

Chemjong was born and raised in Dhankuta, Nepal. Chemjong graduated from the ANFA Academy. His family information is not available right now.

As per the report, Kiran is currently single and unmarried. He has never revealed his private life till now. For more updates, follow him on Instagram & Facebook.