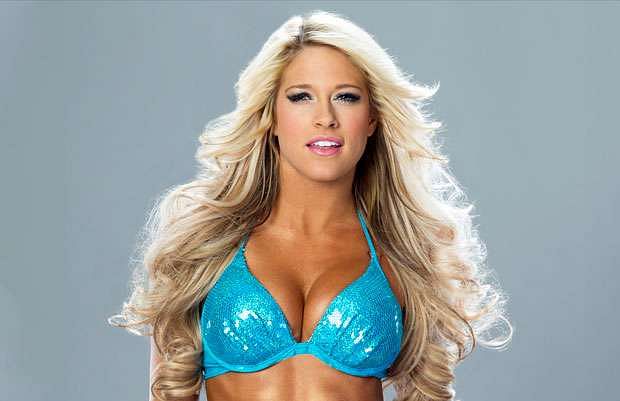 Who is Kelly Kelly?

Blank has a background in gymnastics and cheerleading and worked as a model for Venus Swimwear and Hawaiian Tropic. In 2006, Blank was signed to a contract by WWE and, after training in Ohio Valley Wrestling, she debuted on the ECW brand in June 2006 as ‘Kelly Kelly’. Primarily appearing in a non-wrestling role, she was a member of Extreme Exposé with Layla and Brooke Adams. Beginning in late 2007, she began participating in more wrestling matches, and unsuccessfully challenged for both the WWE Divas Championship and the WWE Women’s Championship on multiple occasions. In June 2011, she won the WWE Divas Championship, commencing a four-month reign. She left WWE in 2012 but has since returned for occasional appearances. On the Raw Reunion special on July 22, 2019, she pinned Gerald Brisco to win the WWE 24/7 Championship, becoming the first woman to win the title. She is an overall two-time champion in WWE.

Blank has also appeared on a number of television shows and was a main cast member of the reality television program WAGS. She made her film acting debut in Disturbing the Peace, which was released on January 17, 2020.

Blank has her own wine label called B Tasteful in collaboration with Smith Devereux Winery. Blank is also a fashion influencer, serving as an ambassador on Instagram for brands including Fashion Nova and PrettyLittleThing.

Blank was born in Jacksonville, Florida, to a Jewish father Ron Blank, and Christian mother Robin Blank. She attended University Christian School and graduated from Englewood High School. She then attended Florida Community College at Jacksonville, where she studied broadcast journalism, hoping to become a television anchor.

lank was in a two-year relationship with wrestler Andrew “Test” Martin, which had ended prior to his death in March 2009.

Kelly married ice hockey player Sheldon Souray on February 27, 2016. The couple separated and filed for divorce in 2017. She had a brief relationship with singer-songwriter Cole Swindell in 2019, but the two broke up three months after making their first public appearance at that year’s Academy of Country Music Awards.