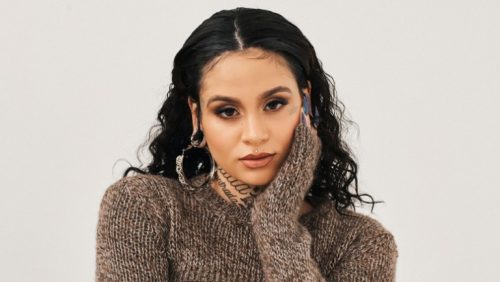 Born on April 24, 1995, Kehlani is an American singer, songwriter, and dancer who became famous as a member of the teen group Poplyfe. Her first commercial mixtape, Cloud 19 was listed as one of the Complex’s “50 Best Albums of 2014, her second commercial mixtape, You Should Be Here (2015), debuted at number 5 on the R&B/Hip-Hop chart. She released her debut studio album, SweetSexySavage, in January 2017 and second studio album It Was Good Until It Wasn’t on May 8, 2020.

Kehlani Ashley Parrish was born in Oakland, California. She was adopted and raised by her aunt when her mother, who had a drug addiction, served time in prison. Her father was a drug addiction and died when she was an infant. Her ethnicity is a mix of “Black, White, Native American and Filipino, Mexican.” She attended the Oakland School for the Arts, where she initially practiced dance, particularly ballet and modern dance.

Kehlani was in a relationship with star NBA point guard Kyrie Irving. In March 2016, she was seen with Canadian musician PartyNextDoor. She has publicly identified as queer and pansexual. During SweetSexySavage World Tour, she posted pictures of her girlfriend, New Jersey artist Shaina Negron. On October 12, 2018, she was pregnant with her first child, a girl with Javaughn Young-White, who is her guitarist. On March 23, 2019, She gave birth to her daughter, Adeya Nomi Parrish YoungWhite at home.

On September 6, 2019, it was confirmed that she was dating West coast rapper YG., but after three months of dating they broke up.