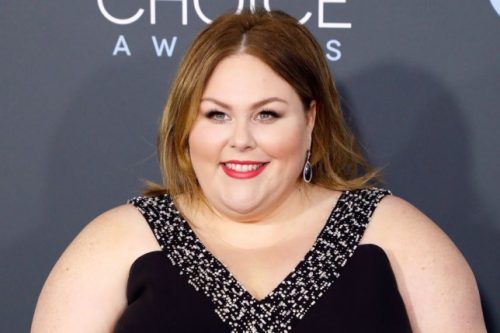 Born September 29, 1980, Chrissy Metz is an American actress and singer who became famous for her role as Kate Pearson in the television series  This Is Us (2016–2020), which earned her nominations for a Primetime Emmy Award and two Golden Globe Awards. She is also known for her role in FX’s American Horror Story: Freak Show. She has also appeared in films such as Sierra Burgess Is a Loser (2018) and Breakthrough (2019).

Metz was born in Homestead, Florida, U.S.to mother Denise and father Mark Metz. She spent her infancy in Japan, where her father was stationed. She attended elementary, middle, and high school in Gainesville, Florida. She grew up with her mother, stepfather, two siblings, and two half-siblings.

Is Chrissy Metz single or married? Who is she dating now?

Metz married British journalist Martyn Eaden on January 5, 2008, and got divorce On December 11, 2015. She is currently dating Hal Rosenfeld. for updates, follow her on Instagram and Twitter or visit our site Celebmezzo.