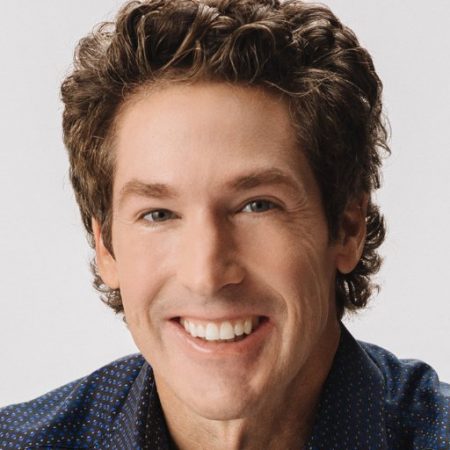 Born on March 5, 1963, Joel Osteen is an American pastor, televangelist, and author who is best know for his televised sermons which were seen by approximately 10 million viewers in the US and several million more in over 100 countries. He has also written several best-selling books such as ‘Your Best Life Now: 7 Steps to Living at Your Full Potential’, ‘Become a Better You: 7 Keys to Improving Your Life Every Day‘, both books reached the number 1 position on The New York Times Best Seller list.

Osteen was born in Houston, Texas to John Osteen and Dolores Pilgrim. He has 5 siblings. His older siblings, Paul, Lisa, and Tamara, and his younger sister, April, are also involved in full-time ministry. His half-brother Justin does missionary work and is based in New York. His father was Southern Baptist pastor, founded Lakewood Church. He graduated from Humble High School and studied at Oral Roberts University in Tulsa, Oklahoma, where he studied radio and television communications but did not graduate. Later, he returned to Houston, founded Lakewood’s television program, and produced his father’s televised sermons for 17 years until his father died due to heart attack.

Osteen married Lakewood Church co-pastor Victoria Osteen on April 4, 1987. They have a son and a daughter.