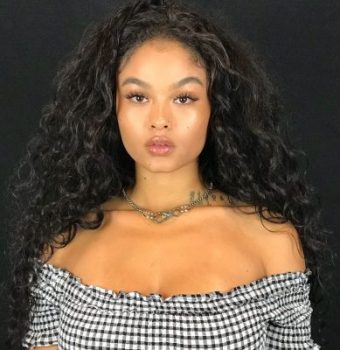 Born on February 3, 1996, India Love is an American Social Media Star, Model, Blogger, and TV Personality who rose to fame for the reality series The Westbrooks and for the presence on Tumblr, Instagram, and Vine. She created her first Tumblr in 2011 but has struggled to keep the same one active due to hackers. She is popular on Instagram, with more than 4.4 million followers.

Westbrooks was born and raised in LA California to father Warren and mother Candy Westbrooks. She has four sisters named Brooke,  Morgan,  Bree, and Crystal and two brothers. She attended Santiago High School.

Westbrooks is currently single. She and The Game were romantically linked in 2014. She has dated Brandon Wimberly, Soulja Boy & Ron Robinson in the past. For more updates, follow her on Twitter and Instagram or visit our site Celebmezzo.