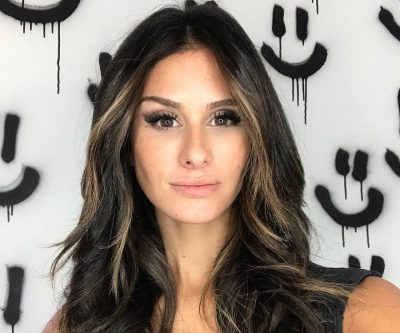 Born on September 5, 1986, Brittany Furlan is an American Internet personality, comedian and actress who rose to fame on Vine and became  the most followed female video star on Vine until November 2015. She gained popularality on Instagram, YouTube and television including appearances on MTV’s Ridiculousness and E!’s The Soup. She was declared by Time in 2015 to be one of the most influential people on the Internet. In 2018, she was a featured personality in the Netflix documentary The American Meme.

Furlan was born in Perkasie, Pennsylvania to Italian-American parents, Ronald Corrado Furlan and Jill Anne Pisano. She has a brother Gregory Furlan. She moved to Los Angeles, California to be an actress.

Furlan has been in a relationship with Mötley Crüe drummer, Tommy Lee since early 2017. They were married a year later on February 14, 2019.

As of 2020, Furlan is 34 years old and has net worth of $1 million. For more updates follow her on Instagram and Twitter or visit our site Celebmezzo.