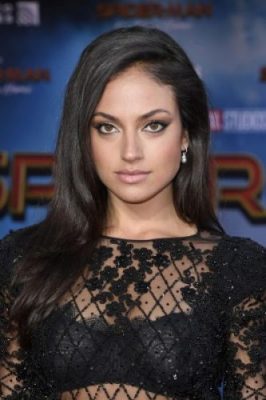 Born on May 15, 1993, Inanna Sarkis is a Canadian social media personality and actress who became famous when she was featured in PAPER Magazine as one of today’s young stars pursuing a career in entertainment outside of traditional means. She teamed up with WWE to create a character named “Miss North” and visited the WWE Performance Center for where she filmed. She also starred in a digital campaign to promote 20th Century Fox’s action spy comedy Kingsman: The Golden Circle. She made her feature film debut in October 2017, playing Gabriella in Tyler Perry’s Boo 2! A Madea Halloween.

Sarkis was born and raised in Hamilton, Canada to Syrian father and Bulgarian mother.  She has an older brother. Her father was a dentist whereas her mother is a surgeon. She earned a bachelor’s degree from  Ryerson University and was initially planning to study law.

In May 2020, she announced through social media that she’s expecting her first child, a baby girl, with her boyfriend of three years Matthew Noszka