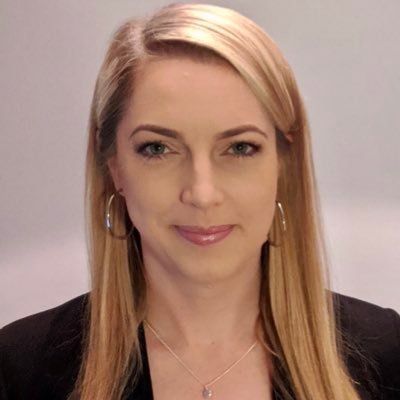 Who is Emma Vardy?

Born on 12 February 1981, Emma Vardy is an award-winning British journalist based in London, United Kingdom. She is now working as BBC’s Ireland Correspondent covering both Northern Ireland and the Republic of Ireland for flagship news programs.

She began her broadcasting career as a junior at Sky News, working as an editorial assistant for Sky Sports. In July 2006, Vardy joined BBC Cornwall as a sports presenter. She covers stories related to Politics, Home Affairs, and Counter-Terrorism.

Emma was born in Australia. She moved to London along with her parents. She earned a scholarship to the Royal College of Music but decided to pursue a career in Journalism instead. She attended University College Falmouth, graduating with a Master’s degree in Broadcast Journalism. In 2006, Emma Vardy was nominated by Falmouth University as the Student Television Journalist of the Year.

She is currently dating her boyfriend Aaron Adams, who lives in Belfast, Northern Ireland. He is part of the amateur football team Belfast Ravens. For more updates, follow her on Twitter & Instagram.

In 2020, Vardy appeared in a spoof sex scene. She filmed the clip with her amateur footballer boyfriend Aaron Adam as part of a parody of Queen’s classic I Want to Break Free. The sex scene was one of the segments in a video made by Adams and friends from his team to raise money for NHS Charities Together’s Covid-19 appeal. The finished film was posted on Adams’ Twitter profile and the club’s Facebook page, with the message: ‘So here it is. Four weeks of lockdown… no football… and this is what happens.’ Emma accepts it was inappropriate and has removed the clip.