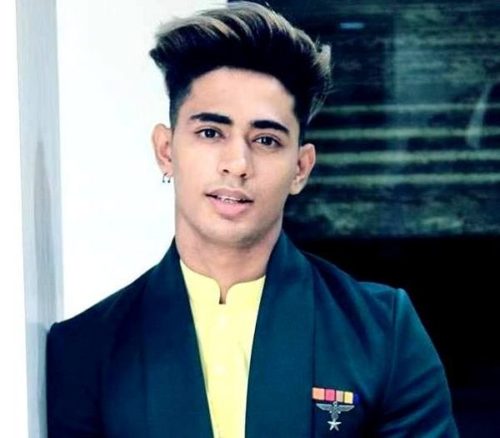 Who was Danish Zehen ?

Danish Zehen was born on 16 March, 1996 in Kurla, India. He was a Model, Digital Brand Ambassador Of Gillette, Vlogger, Crowned Muser, You Tuber, Rapper and public figure. He was a contestant of MTV’s reality show “Ace of Space Season 1″. Many people were inspired by his personality and his hairstyle. He died at the early age of 22 in a car accident on the Sion-Panvel highway in Mumbai, India.

The famous video blogger died in a car accident in Mumbai on December 20, 2018, after he lost control of his car and it collided with a street pole, which got flung into the air and fell around 20 feet away on the Sion-Panvel highway. Zehen and his cousin were returning to Navi Mumbai after a wedding in Kurla.
He was rushed to a nearby hospital where he was died.

He belonged to a chawl from Kurlaand, was born in Muslim family. He had recently purchased a flat for his parents. We don’t have much details about his family but he had a brother name Gufran. Danish did his schooling from Kedarnath Vidya Prasarini’s English High School in Kurla.

He started his digital career as a rapper in 2012, by uploading rap songs on his YouTube channel. He ran a successful YouTube channel names #fambruh. Danish did reviews of beauty products, gave tips on hair styles and was also into bikes. Danish Zehen had 1 million followers on Instagram. He was Digital Brand Ambassador Of Gillette.

Danish’s fans addressed him as Fambruh based on the YouTube channel that he ran but he wanted to be referred to as #coolestbadboi. Danish, who was a contestant on MTV’s reality show “Ace of Space Season 1” and had to leave the show midway due to personal problems. There were reports of his return to the show soon.

Telling everyone else in #AceOfSpace was 1 of the toughest thing I had to do in life. May U rest in peace #DanishZehen Please pray for the family for strength to cope up with the loss. He was a wonderful soul & touched many lives with his smile & deeds. Thanku #Lostsouls 4 This pic.twitter.com/qpiwhWV5s2

He was popular star and earned decent amount of money. However, his net worth is never revealed.

Danish Zehen was rumors to be believed that he was dating Veera actress Arishfa Khan.

Danish Zehen net worth in 2020