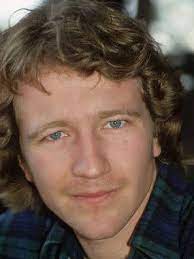 Who is Craig Wasson?

Born on March 15, 1954, Craig Wasson is an American actor who is best known for his roles as Jake Scully in Brian DePalma’s Body Double (1984), and Neil Gordon in Chuck Russell’s A Nightmare on Elm Street 3: Dream Warriors  (1987). For his role as Danilo Prozor in Arthur Penn’s Four Friends (1981), he was nominated for a Golden Globe Award.

Wasson was featured as Doug Ebert in the soap opera One Life to Live in 1991. He has made guest appearances in a number of series, including The Bob Newhart Show, Phyllis, Skag, For Jenny with Love, Murder, She Wrote, M*A*S*H (TV series), Hart to Hart, Walker, Texas Ranger, Profiler, The Practice, Seven Days, The Secrets of Isis, and Star Trek: Deep Space Nine.

Wasson was born in Ontario, Oregon. His family information is not available right now. he attended the University of Oregon.