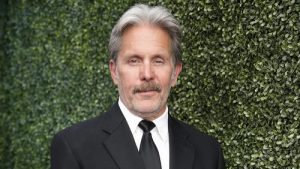 Born on September 20, 1956, Gary Michael Cole is an American television, film, and voice actor who is best known for voicing the title character on the Adult Swim series Harvey Birdman, Attorney at Law, and James Timothy Possible on Kim Possible. As of season 19, Cole will be joining NCIS as FBI Special Agent Alden Park.

On television, he has had starring roles in the TV series Midnight Caller, American Gothic, The West Wing, Crusade, The Good Wife, The Good Fight, Veep, Chicago Fire, and Mixed-ish. In the film, he has appeared in The Brady Bunch Movie, One Hour Photo, Office Space, Dodgeball: A True Underdog Story, Breach, and Talladega Nights: The Ballad of Ricky Bobby.

Cole currently provides the voice of Sergeant Boscoe on Bob’s Burgers and Principal Shepherd on Family Guy. He appears in triplicate as 10 Minutes, 10 Days, and 10 Years in the Future Spokesguy in Kabbage’s 2019  commercial campaign.

Cole was born in Chicago, Illinois, and raised in nearby Rolling Meadows. His father, Robert, was a municipal finance director, and his mother, Margaret or “Peggy”, was a school, administrative assistant. He has an older sister, Nancy. He studied at Rolling Meadows High School and attended Illinois State University, where he studied theater as a classmate with fellow future actors Laurie Metcalf and John Malkovich.