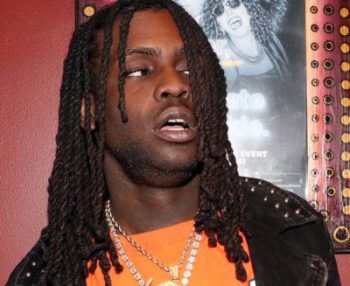 Born on August 15, 1995, Keith Farrelle Cozart, better known by his stage name Chief Keef, is an American rapper, singer, songwriter, and record producer who became famous for his singles “I Don’t Like” and “Love Sosa”. He became popular during his teen years among high school students. His debut album Finally Rich was released in December 2012 and the same year, his popular street single “I Don’t Like” was remixed by rapper Kanye West and reached the Billboard Rap Top 20 raising Keef’s profile further. A bidding war between major labels resulted in Keef signing with Interscope.

Chief Keef was born in Chicago, Illinois, to Lolita Carter who was 16 and unwed. Alfonso Cozart is his biological father. His legal guardian was his grandmother with whom he lived in Chicago. He began rapping as a 5-year-old using his mother’s karaoke machine and tapes to record his music. During his childhood, Chief Keef attended Dulles Elementary School and the Banner School, a therapeutic day school. He dropped out of Dyett High School at age 15.

At the age of 16, Chief Keef had his first child, a daughter, born Kayden Kash Cozart. In November 2013, DNA documents revealed that he had fathered a 10-month-old daughter, and was subsequently ordered to begin paying child support.  In September 2014, he announced the birth of his third child, and his first son, whom he named Krüe Karter Cozart. In May 2015, he was sued by another woman who claimed he is the father of her child.