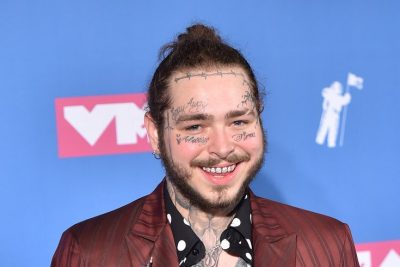 Born on July 4, 1995, Austin Richard Post AKA Post Malone, is an American singer, songwriter, rapper, and record producer who became famous for his debut single “White Iverson” and for his introspective songwriting and laconic vocal style. Malone’s debut album Stoney (2016) was a commercial success and the album broke the record for most weeks on the US Billboard Top R&B/Hip-Hop Albums chart after it reached its 77th week on the chart.

His second album, Beerbongs & Bentleys (2018), debuted at number one on the Billboard 200 and broke several streaming records upon release. Featuring the Billboard Hot 100 number-one singles “Rockstar” and “Psycho”, it was nominated for Album of the Year at the 2018 Grammy Awards. In 2018, Malone collaborated with Swae Lee on the song “Sunflower” for the soundtrack to the film Spider-Man: Into the Spider-Verse, which reached the top of the Hot 100.

Malone has received a Diamond certification by the Recording Industry Association of America (RIAA) for “Congratulations”.  His accolades include three American Music Awards, a Billboard Music Award, and an MTV Video Music Award. Additionally, he has received six Grammy Award nominations during his career.

Malone was born in Syracuse, New York. He was raised by his father, Rich Post, and his stepmother, Jodie. His father had been a DJ in his youth and introduced Malone to many different genres of music including hip hop, country, and rock. He studied at  Grapevine High School and enrolled in Tarrant County College but dropped out.

Malone was in a three-year-long relationship with Ashlen Diaz, ending in November 2018. After that, he was rumored to have a relationship with various girls but it is never verified by him. So, he may be single now.

Trivia / Facts that you probably know