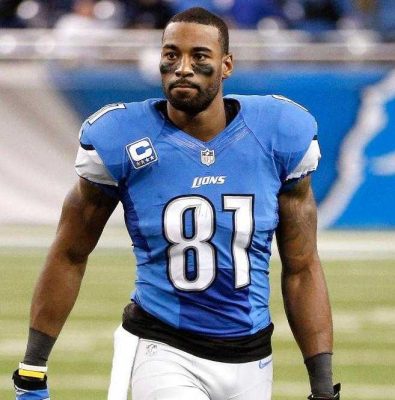 Born on September 29, 1985, Calvin Johnson is a former American football wide receiver who played in the National Football League (NFL) for nine seasons with the Detroit Lions. He played college football at Georgia Tech, where he was a two-time All-American and was selected by the Lions second overall in the 2007 NFL Draft.

Johnson was born to Jason and Arica Harris in Newnan, Georgia. He attended Sandy Creek High School in Tyrone, Georgia, and was a student, a letterman in football, and a baseball standout. Johnson attended the Georgia Institute of Technology, where he played for head coach Chan Gailey’s Georgia Tech Yellow Jackets football team from 2004 to 2006.

Johnson became engaged to long-time girlfriend Brittney McNorton in March 2015. They were married in June 2016. The couple currently resides in Atlanta. He has a son from a previous relationship. For more updates, follow him on Instagram, Twitter, or Facebook, or calvinjohnsonjrfoundation.org.